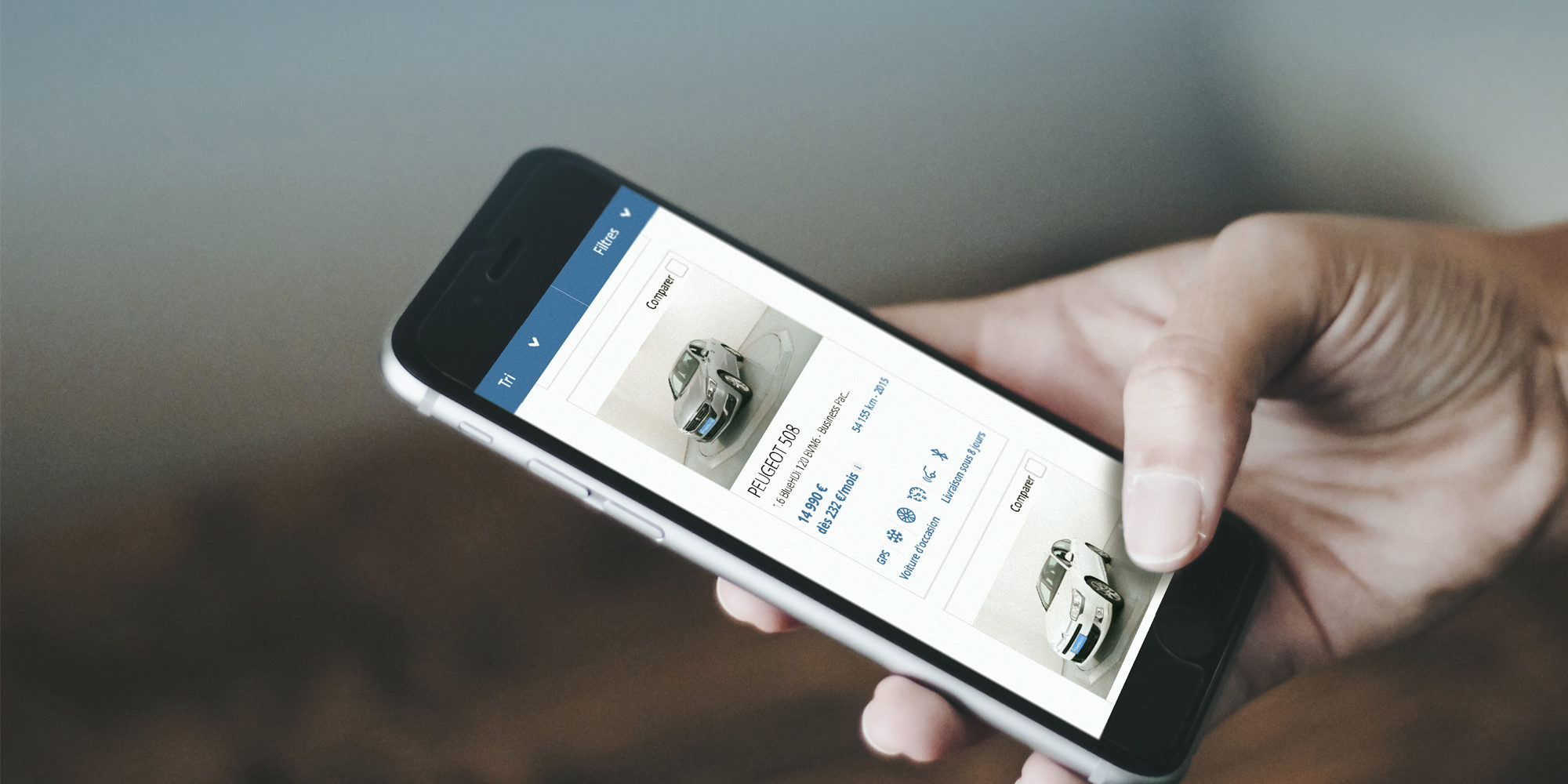 Now common place for second-hand vehicles, new-car purchases are becoming more and more digitalized, too, as manufacturers want to take advantage of the trend.

“In North America, you can buy a Tesla with your phone, in approximately one minute, and this possibility will soon be extended to consumers all over the world”: the announcement, made last February by Elon Musk, comes to confirm a growing trend. Purchasing a car, first second-hand vehicles and now new ones, is more and more an online process. The worldwide phenomenon grew out of consumers’ growing interest for online information. According to a 2018 report by Google Gearshift and TNS on French consumers’ car purchasing process, 89% of consumers who purchased a second-hand car and 86% of those who bought a new car had sought information online, choosing either general or specialized websites or manufacturers’ ones. To such a point that manufacturers now realize that instead of being just a complementary tool for dealerships, the web is becoming a tool of choice for vehicles buyers. Logically, manufacturers want to meet this new demand.

Fiat, Volkswagen, Audi, PSA, Hyundai: manufacturers are all getting on board

One of the first experiments actually took place in November 2016 in Italy, when Fiat launched a first six-month test for three of its new models, made available on Amazon. The strategy was based on a report showing that half of Italian consumers were ready to buy their car online.  Same thing in Denmark, where  Volkswagen started to sell one of its new models only online at the same time. Today, it sells all of its new models online in this pilot country. Then, in early 2017, Hyundai UK launched its Click to Buy platform, allowing buyers to choose all the features in their new car, have an estimate for their old one and get a loan or pay for their new one in one click or so. More recently, Audi announced that digital sales would be tested in 2019 for a special edition of one of its models. But the Volkswagen subsidiary opted for a multi-channel approach, and said it would continue offering a traditional purchase process. Still, if the experiment yields good results, the company plans on extending digital sales to other models. Finally, in February 2019, PSA CEO Carlos Tavares made a new goal public: as  the company sold 6000 cars online in 2018,  it wants to sell up to 100 000 this way by 2021. Also, DS, the brand PSA created in 2014 to promote “French luxury”, bets, like Audi, on a multi-channel approach. In January, Audi launched an online platform dedicated to its new DS3 Crossback SUV. The company’s ambition is to offer this type of purchasing process for each model in the future.

Purchasing online offers many advantages: it saves time for consumers and reduces costs for manufacturers. But what about dealerships?  In the United States, direct car sale by manufacturers is illegal in many states, in order to protect dealerships. Not only Tesla runs against this system (and has been sued multiple times for its way of doing things) but it plans on closing its dealerships. For one good reason, it owns them… In Europe, where most of the dealers are independent entrepreneurs tied to manufacturers via contracts that fall under European law, manufacturers want to cooperate with dealers. True, according to experts from McKinsey, visits to dealerships’ showrooms have been divided by four between 2000 to 2017, but manufacturers still feel that dealers have a role to play in giving personalized advice, organizing tests and closing a sale, not to mention delivering cars. Even more so that dealers themselves now bet on digitalization, setting up chat sessions with customers, for example, and using other ways to follow them while they are browsing, in order to better meet their needs. Nevertheless, some experts believe that though many areas of everyday consumption are or could be digitalized in the future, buying a car is one of the most expensive purchases an individual or a family can make. Trust thus plays a key role in the decision, and as such, it could slow, at least in part, the drive to digitalization in car purchasing. No wonder manufacturers bet above all on multi-channel options.